Posted on May 8, 2013 by Patrick Hospes and Julie Matthewson 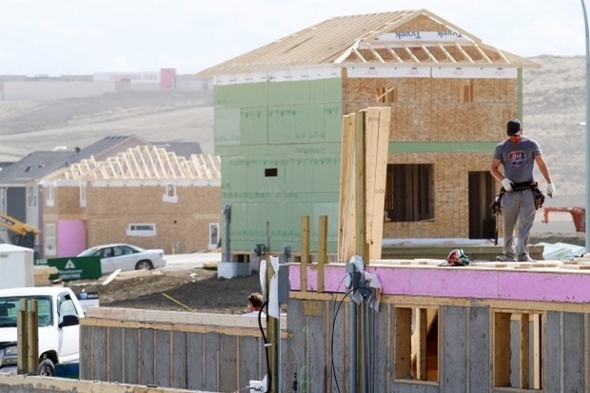 Contractors took out building permits worth $553.9 million in the Calgary region in March, up 7.1 per cent from February, reported by Statistics Canada.

The federal agency reported Monday that the construction value was also an increase of 21.3 per cent year-over-year.

At the national level, contractors took out building permits worth $6.5 billion in March, up 8.6 per cent from February and the third consecutive monthly advance. The March increase came mostly from the non-residential sector in Ontario and Alberta, said Statistics Canada.

4034 16th Street SW
Calgary, AB T2T - 4H4
Contact
Patrick Direct:: 403-464-7464 General Office:: 403-287-3880
phospes@gmail.com
Contact Me
Powered by myRealPage.com
Data is supplied by Pillar 9™ MLS® System. Pillar 9™ is the owner of the copyright in its MLS®System. Data is deemed reliable but is not guaranteed accurate by Pillar 9™.
The trademarks MLS®, Multiple Listing Service® and the associated logos are owned by The Canadian Real Estate Association (CREA) and identify the quality of services provided by real estate professionals who are members of CREA. Used under license.