Posted on May 25, 2013 by Patrick Hospes and Julie Matthewson 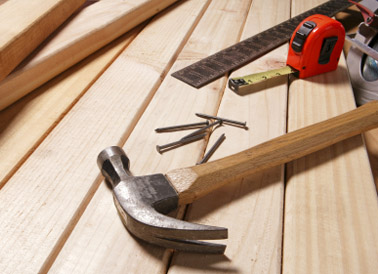 Forty-six per cent of Albertans are planning to make significant home renovations in the next two years – second after Atlantic Canadians (47%) and two per cent above the national average, says a new survey by Scotiabank.

The Scotiabank Mortgage Landscape Study also found that Albertans are more likely to use a line of credit to pay for renovations (37%), which is well ahead of the other regions of the country and the national average (29%).

While dipping into their cash savings to pay for renos is common among Canadians (62%), Albertans are the least likely among the regions to do so (50%), according to the study.

Canadian homeowners say they would most like to renovate their kitchen (33 per cent), followed by their bathroom (16%) and their basement (16%).

4034 16th Street SW
Calgary, AB T2T - 4H4
Contact
Patrick Direct:: 403-464-7464 General Office:: 403-287-3880
phospes@gmail.com
Contact Me
Powered by myRealPage.com
Data is supplied by Pillar 9™ MLS® System. Pillar 9™ is the owner of the copyright in its MLS®System. Data is deemed reliable but is not guaranteed accurate by Pillar 9™.
The trademarks MLS®, Multiple Listing Service® and the associated logos are owned by The Canadian Real Estate Association (CREA) and identify the quality of services provided by real estate professionals who are members of CREA. Used under license.